The final section of the Bayeux Tapestry is missing.  This facsimile, of the re-creation of the missing final section by the islanders of Alderney in 2013, led by Kate Russell, imagines what this may have comprised, concluding with the coronation of William I. 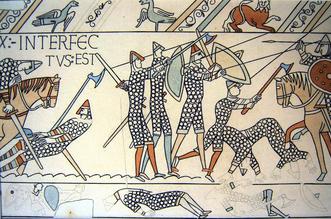 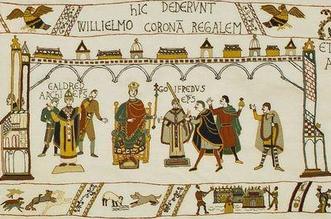 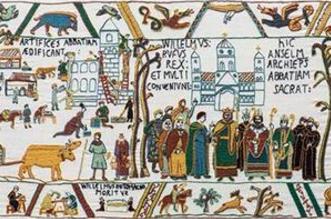 Battle Museum houses a print of the Bayeux Tapestry, alongside replicas of other tapestries with a 1066 theme, as well as embroidered extracts from the Tapestry

The Stothard Print
​ In 1818, Charles Stothard produced a complete engraving of the Bayeux Tapestry. Few complete copies have survived. We know of only 4 including the one in our museum; which is the only one currently on public display.

This facsimile of the original, which may be seen in Battle Church, shows,  in the style of the Bayeux Tapestry, events after the Battle and how the town grew up around the Abbey. It was created in 2016 by local artist Tina Greene, supported by 714 stitchers from Battle and beyond.
For more information, please click here.